skip to main | skip to sidebar

Commitment is the foundation of all Success 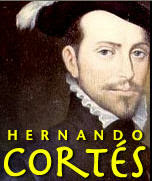 This phrase “Burn The Ships” comes from a historic conquest of history when, in 1519, Spanish Conquistador Hernando Cortez landed in Mexico on the shores of the Yucatan, with only one objective…seize the great treasures known to be there, hoarded by the Aztecs. Cortez was committed to his mission and his quest for riches is legendary. Cortez was an excellent motivator, he convinced more than 500 soldiers and 100 sailors to set sail from Spain to Mexico, commanding 11 ships, to take the world’s riches treasure. The historic question is “how a small band of Spanish soldiers arrived in a strange country and swiftly brought about the overthrow of a large and powerful empire that was in power for over six centuries?”
For Cortez, the answer was easy. It was all or nothing! A Complete and Total Commitment. Here’s how Cortez got the “buy in” from the rest of his men. He took away the option of failure. It was conquer and be hero’s and enjoy the spoils of victory…or DIE! When Cortez and his men arrived on the shores of the Yucatan he rallied the men for one final pep talk before leading his men into battle, and utters these three words that changed the course of history. “Burn the Ships”.

He met with resistance from his men. "Burn the ships," he repeated. He then uttered these words "if we are going home, we are going home in their ships". With that, Cortez and his men burned their own ships, and by burning their own ships, the commitment level of the men was raised to a whole new level. A level much higher than any of the men, including Cortez, could have ever imagined.

Amazingly, the men conquered the Aztecs and had succeeded in something where others had been unsuccessful for six centuries. With the victory Cortez and his men took the treasure. Why did they win? They had no escape. No fall back position. They had no choice! It was "succeed or die". Their ships were burned. They had no way to get back. Their backs were to the wall.

To “really succeed” you must have an attitude much like that of Cortez and his men. Cortez and his men did not have a “crutch” or “fall back position”. They frankly didn’t have any options. It was simply “succeed or DIE”. Pretty strong position, isn’t it? How would you like to be engaged in fighting someone with that level of motivation and commitment?

This is the level of motivation and commitment you must have. The “BURN YOUR SHIP” level of motivation and commitment. Take away your crutches and excuses and burn the ships that are keeping you from achieving your goals. Identity the ships in your life that are keeping you from accomplishing dreams. I have a saying and it’s “Dream Big”. I have a new saying and it’s “Burn your Ship”. You see, whatever prevents you from achieving your goals and dreams are ships that must be burned. Not dismantled, or run ashore…but burned and destroyed.

If we know that our ships are still out there, when things get tough we instinctively head for our ships so we can escape. It's just human nature. The path of least resistance. This level of thinking and commitment sees sacrifice as a positive thing, not something weird or impossible, but something to be cherished and fought for. Cortez didn’t allow himself or his men to have the option of going back to Spain. By removing this option, Cortez and his men were forced to focus on how they could make the mission successful. And so it is with you. How can you make the missions in your life successful?
This is really a story about commitment. Commitment is the foundation of success. Not a single accomplishment is ever achieved without it. By focusing on commitment, we seal our future.
Posted by Lee Kemp at 1:57 AM

Last year I asked my 62 dad to run a marathon with me. Before we started to train I told him he had to tell at least one person that he was running it, and the person needed to be someone he would be embarresed to tell if he gave up on the training. It was his "burn the ships" moment and it worked. He trained harder and ran faster then I thought he could... and yes he finished that marathon.

Thanks Lee for the great messages

I'm afraid the Cortes story you repeat is the historical version of an urban legend. The reality is that Cortes had disobeyed orders and was on an illegal mission. After landing, he uncovered a plot among dissident officers to seize a ship to return to Spain to report him. Cortes ordered nine of his captains to ground their vessels. Four remained fully functional. None were set ablaze.

Cortes was not trying to motivate anyone. His action was a coverup, pure and simple.

Where did you get your version of history that the account is "urban legend?"

The point about history is, how it is told, and the version that stays
is what is believed to be true. However, I doubt if the comment posted <<
'm afraid the Cortes story you repeat is the historical version of an urban legend. The reality is that Cortes had disobeyed orders and was on an illegal mission. After landing, he uncovered a plot among dissident officers to seize a ship to return to Spain to report him. Cortes ordered nine of his captains to ground their vessels. Four remained fully functional. None were set ablaze.

Cortes was not trying to motivate anyone. His action was a coverup, pure and simple.

Is this True? What's your stand on this ?

Urban legend or true historical record ... the key is it is a great motivational tool. The Michigan woverines wore "burn the ships" written in spanish on the back of their warm-up jerseys and although they exited the NCAA in the second round I am certain the motivation was at a high even though the talent was not ... beware of the wolverine in 2010 GO BLUE

Myself and 3-4 of my peers will be driving a RV up the California coast to our class reunion. Other than that we have no logistical plans or places to stay other than we will definitely burn (literally or figuratively) said RV.

I live by this mentality and it has served me well. Excellent post.

Nearly all of the Japanese forces on the Pacific islands in WW2 had that level of motivation. We see where it got them.

There are many other ways and examples in history of being inspired and motivated - for example stories which show common faith and belief in acheiving something great or even good - for the bettering of life for humans, other creatures and the environment.

I think the example used here is one that motivates us towards the same addiction to dominance and greed which is exactly the illness of our current civilisations - which may lead us to our own collapse.

From the story, whether truth or legend, I only see a bunch of greedy agressive domineers who forced themeselves on other human beings probably through some technological advantage (like they basically had ships and GUNS! which were not even invented by them)... and used this advantage to massacare and forcefully dominate other peoples (i really fail to see any courage in this). What's so clever about this as in history it has been shown that powerfull dominant civilisations or groups inevitably collapse and our later dominated by others who think like them and develop an advantage - example include the Persian (Iranian) empire, the Arab empire and now the crumbling British and US empires.

There are better example to motivate us - ones that leads to a better and more peacful world in which we all live. Sadly not many are shared as our culture today promotes exactly the kind of macho ego-centric mentality promoted by this blog.

I think this blog is pretty cool,it has a lot of good and interesting content,good for you I hope you can add more useful information and upgrade your site,I like it,it has full details about boats

I love this article. I am as motivated & committed as ever! I always say, "Options can be a bad thing at times," and this story strengthens this belief of mine, even more. I am screaming, "Burn the ship," from this point forward, because my only option is victory & success. Thanks for a great article!

I love this post! Motivation is something we all need, and this is a real gem indeed. Thanks for posting, just what I was looking for!

What do you think?

Lee Kemp
Chicago, Illinois, United States
Lee Kemp was the first American to win three world wrestling titles (1978-79 & 1982), wining his 1st World title at 21 years old becoming the youngest American to win a Gold Medal in the World Championships. Lee only started wrestling as a freshman in high school and by the end of the summer of his senior year in college in 1978, he had won 2 state titles, 1 junior national title, beat the legendary Dan Gable as an 18 year old college sophomore, won 3 Division-1 NCAA titles (was a finalist as a true freshman). Lee Kemp teaches, inspires and motivates others to achieve their dreams by sharing the psychological secrets he learned and perfected during his many winning years of wrestling and coaching (having coached the 2008 Olympic Freestyle Team), essential for anyone wanting to realize their dreams. Lee Kemp is also a nutrition and fitness expert and at 54 is as fit as he was when he was winning world titles has created FORZA, a nutritional supplement company, which, is the official partner of USA Wrestling and its national teams (ForzaByKemp.com). Lee is a motivational speaker, nutritional consultant and author and has over 2,000 people receiving his motivational messages.